Powerball and Mega Millions are the two biggest lotteries in the world, having both paid out jackpots of more than $1.5 billion. Powerball-MegaMillions.com brings you the winning numbers live today, straight after drawings take place.

You can find the latest payouts, past Powerball and Mega Millions numbers, and much more about both games. Get a jackpot analysis of the grand prize to see what you would win after taxes, check out number frequencies and smartpicks to help you make your next selections, or read about the most recent winners.

Powerball is a multi-state game played in 48 states and jurisdictions in the U.S. There are now three drawings a week – on Monday, Wednesday and Saturday - and nine different ways to win each time. Hundreds of thousands of players, sometimes millions, receive payouts in every draw.

The jackpot is always worth at least $20 million and quickly goes up if nobody matches all six winning numbers, five main numbers from 1 to 69 and a Powerball from 1 to 26. The top prize regularly hits $400 million and has occasionally gone far higher. In November 2022, a single ticket holder from California won $2.04 billion – the largest lottery jackpot ever seen anywhere on the planet.

You can add Power Play to potentially boost your prize, while the new Double Play game also gives you more opportunities to win. Take a look at the latest Powerball Payouts.

How to Play Powerball

To play Powerball, select five numbers from 1 to 69 and a Powerball number from 1 to 26.

There are nine different ways to win in Powerball. Add Power Play to boost non-jackpot payouts.

Mega Millions has eye-catching jackpots that start at $20 million and have been known to go above $1 billion.

Drawings are held every Tuesday and Friday night at 11:00 pm EST in Atlanta, Georgia, with tickets sold in 45 states plus Washington D.C. and the U.S. Virgin Islands. You have to match five main numbers from 1 to 70 and one Mega Ball from 1 to 25 to win the jackpot, but there are also eight other prize levels.

You can win by matching just the Mega Ball without any of the main numbers. If you add the Megaplier to your ticket, it multiplies any non-jackpot prizes by up to five times their original value, so you could even receive $5 million without matching all the numbers.

How to Play Mega Millions

Pick five numbers from 1 to 70, a Mega Ball from 1 to 25 and decide whether to add the Megaplier.

Mega Millions offers a starting jackpot of $20 million and eight other prize levels.

Lotto America is a multi-state game played in 13 jurisdictions. The original version of the game predated Powerball, before it returned in a new format in 2017.

To play, you have to select five numbers from 1 to 52 and a Star Ball from 1 to 10. The All Star Bonus also gives you a chance to multiply non-jackpot winnings.

The jackpot can grow into the tens of millions of dollars. The first time the grand prize was won under the new format was in March 2018. Debbie Kujava, from the town of Badger, had purchased the winning ticket, but she had no hesitation in splitting the $22.8 million jackpot with her brother Dennis. She said they had an agreement that 'if one wins, we both win'.

How to Play Lotto America

It's easy to play Lotto America. Choose five main numbers from 1 to 52 and a Star Ball from 1 to 10.

Lotto America prizes start from matching just the Star Ball on its own, and go up to the multimillion-dollar jackpot.

Find out about the latest big jackpots for Powerball and Mega Millions, winner stories and upcoming changes or promotions. New articles are posted regularly to keep you to date with everything going on in the multi-state games. 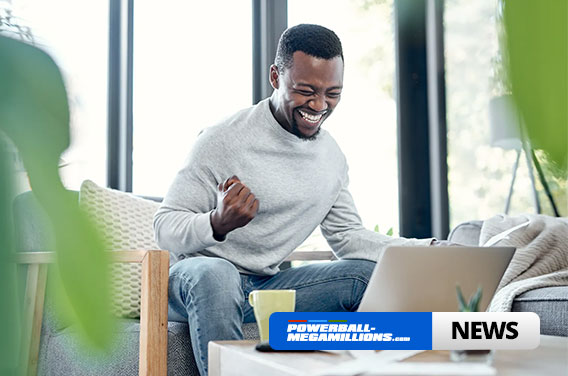 Maine’s long wait for a Mega Millions or Powerball jackpot winner finally came to an end on Friday night, as a ticket holder from the state snapped up the second-largest prize ever to be offered in Mega Millions.